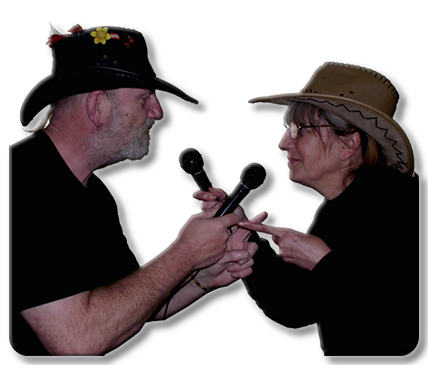 The Durham Ranger is in reality Stan Tunstall-Otterburn an ex-pat Mackem who has spent the past 40 years living in Durham City.  He is a trained musician and spent several years playing with The Sunderland Inernational Concert Band before discovering guitars, accordions, fiddles and whistles along with many other instruments along his route through life.   He admits to being a 'bit of a photographer'  and has picked up several awards over the years.   Around the male menopause, Stan took up Morris Dancing as another branch of folk traditions and after a couple of years formed the Lancre Morris Men, as portrayed in the Discworld Novels of Sir Terry Pratchett.

Sir Terry is the honorary squire of the side and was presented with his Staff of Office a few years ago during the Hogswatch celebrations in Wincanton.

Stan is a regular feature in and around the city area especially when out with his camera and unmistakable black hat.   Many street events have fallen under the lens over the years.  After spending a few months with a local radio station and producing several sample shows, Stan decided to publish them  as podcasts for the local listeners.   After bringing in his partner as the She Bear, the shows now have a considerably larger following than even he expected.   Listeners from around the globe regularly listen in to the wide choice of music and the famous and infamous guests they regularly feature.   His regular habit of including new comers in the show also allows the listeners to hear artistes  who are just beginning their musical career.

When he's not preparing shows and videos, Stan often organizes groups of novice photographers on training courses.   Nothing too complex...  just enough to teach the basics skills of turning out a good photograph, rather than a snapshot.  Despite most people's idea that a 'good' camera always comes with a phone attachment.

The She Bear is Judith, to all her friends.  Born on the wrong side of the Tyne to be classed as a Mackem, the first few days of her life didn't really qualify her as a Geordie.  Judith works at one of the local universities and is the 'quiet' member of the partnership.  She is a talented artist when she puts her mind to it and has, in the past had works exhibited in local galleries and museums.

Judith is an avid reader and a good addition on the literary side of any quiz team.  She may not be able to play an instrument, but her knowledge of music across the spectrum is also very impressive.

Stan featured Judith regualrly in his early photographic work and since then she's put up with Stan for the past forty years.   She has taken part in many of his wild schemes and events which, at times, have proved educational, if not seriously humorous.

An ideal partner for radio, Judi's natural and scathing responses to Stan's banter and repartee seem to have convinced most listeners they actually hate each other.   As she says, "It takes years of knowing each other to sense which way a conversation is going to go and that is part of the attraction we can give to the show.

You know....  When the additives I keep adding to his coffee finally work, I really think I'll miss  him..."